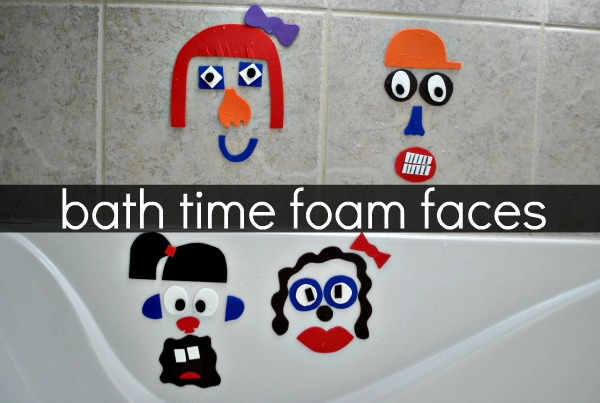 As I said in my Making Faces Magnets post, Sweet P is a bit obsessed with making faces.

So one day while the kids were napping at the same time (my mind goes a bit bonkers on those days), I got to work on some foam facial features I thought she'd love for bath time. NOTE: Craft foam will pretty much stick to anything once you get it wet - it does fall off when it drys. 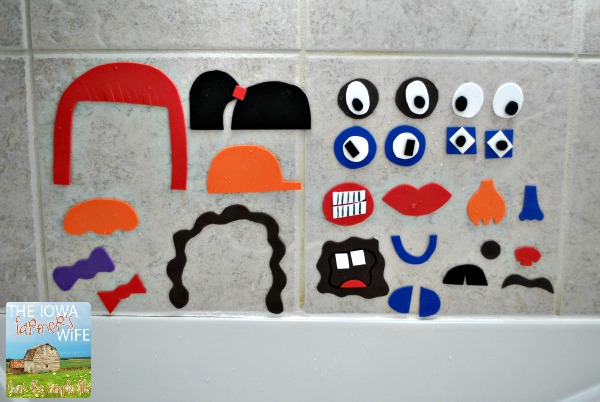 I set them up and closed the curtain so she wouldn't see them until bath time. Well, I ended up making mustaches after I closed the curtain and forgot to close it the 2nd time so when she came down after nap, into the tub she went! 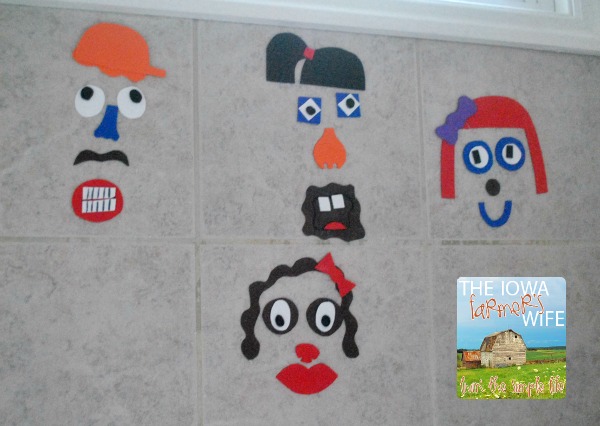 She was SUPER excited about these (told you the kid loves making faces!) and has played with them over and over and over again. We even got them to stick to our front window so she could use them there.

I just free-handed the parts and glued some of the eye pieces together to give them depth, but you could just cut out white circle and draw pupils with a felt-tipped pen. 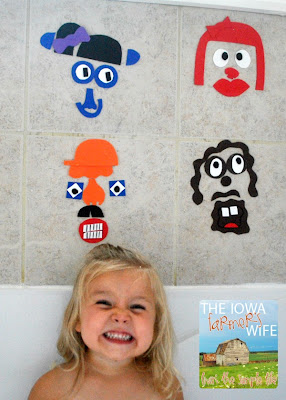 Simple, cheap AND provide HOURS of fun! Can't beat an activity like that. Makes it hard to get her out of the tub!

I showed her how to get them wet so they'd stick to the side of the tub, then sat back to watch her create.

The faces she made were so hilarious, we couldn't stop laughing, especially when she'd put a mustache on top of a nose. Sprout was in bed the first night we used them, but he got a kick out of watching her put together faces, too!

Around the 3rd time she played with them, she added some Boon Bath Goods

and created "octopuses." I love how her little mind works! 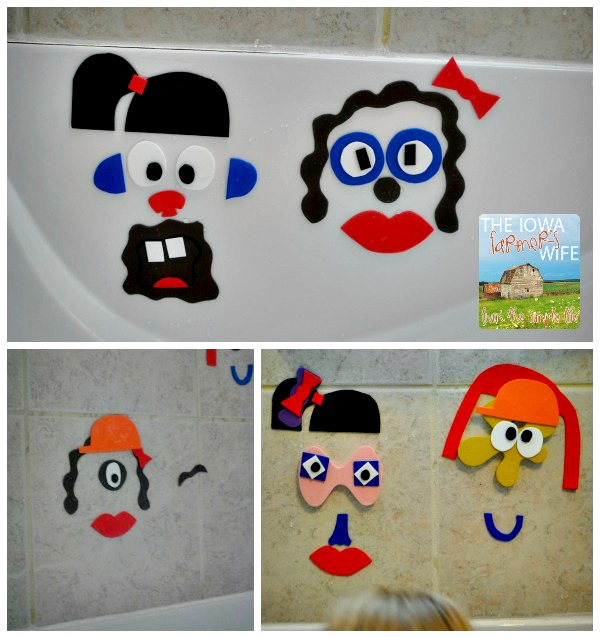 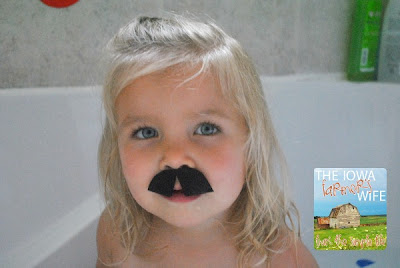