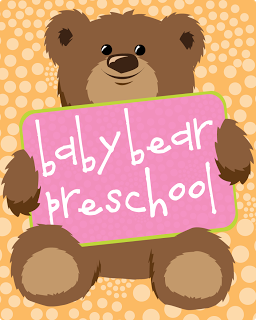 I was searching through pictures today and realized I hadn't finished up our Alphabet posts! Even if no one wants to read them, I want them on the blog as archives for Sprout! Here's what we did for Letter V:

I'm not going to pretend I remember the verse or word of the week from that week, but we like used her AWANA verse since that's what we've been doing lately.

Build a Van:
I cut shapes out and laid them on a tray next to a sheet of construction paper and gave Sweet P instruction to "Build a Van". This is how her van turned out. It looks a bit like a house on wheels, but I love that her mind works in a completely unique way! 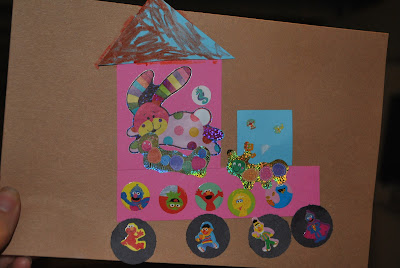 V is for Vase: The blue V was on a tray with the flowers, stems and a glue stick. I explained what a vase was (we don't have too many!) and she set to work. If you look closely, you can also see that she traced the V and added centers to the flowers. 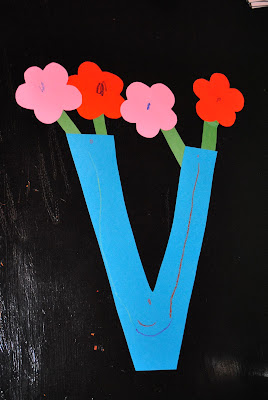 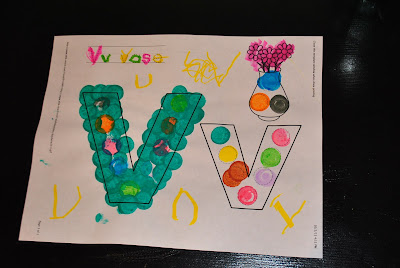 We covered letter V close to election day so I made this coloring sheet in Word and printed it out for her. I put a variety of red and blue markers on the tray and she set to work! 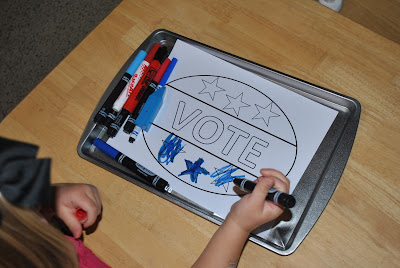 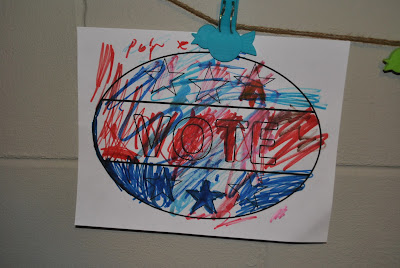 V is for Volcano: I made a super simple volcano out of a cup and a paper bag (easiest volcano EVER!). I used baking soda, vinegar and red food coloring for the lava. Since it was a cup, I could dump it out when it got full and let her play over and over again. I added dinosaurs (because hey! all volcanoes have dinosaurs, right?!) and she loved that! Seeing it fizz up made her light up over and over again! 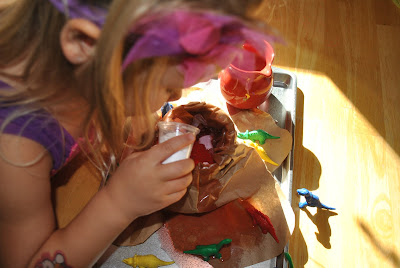 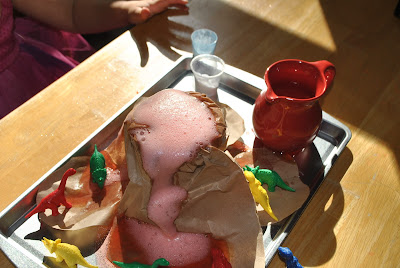 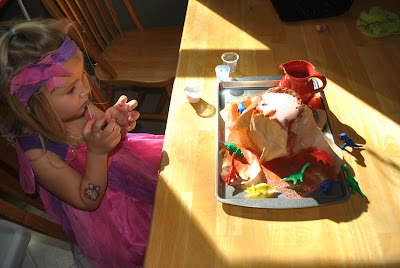 Eventually all the dinos got dumped into the volcano...so THAT'S what happened!!! 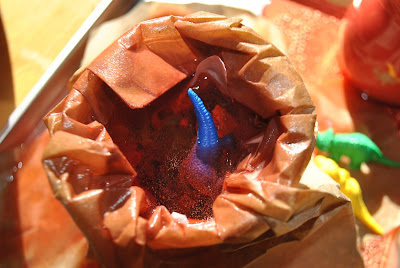 This was also close to Halloween so we did several Halloween activities, workbook pages (with Letter V), counting pumpkins and letter V with our geoboard. There was also a violin coloring page, but I'm not sure what happened to the picture.

Our Coffee Filter Pumpkins were also a huge hit that week! 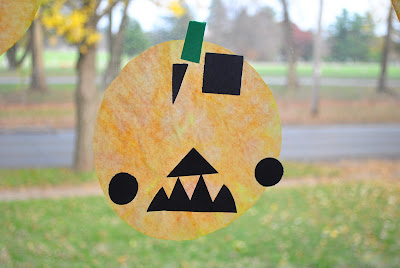