Are you getting ready for the Olympics?! We are so excited about the opening ceremony this week!

Last week Sweet P made 3 different sets of Olympic rings. I read an excerpt from an Olympics website about the significance of the rings and explained to Sweet P that they represent the five major regions that participate in the Olympics: the Americas, Africa, Asia, Europe and Oceania. The colors are not linked to a specific continent and are present on the Olympic flag, which made its debut at the 1920 games in Belgium. 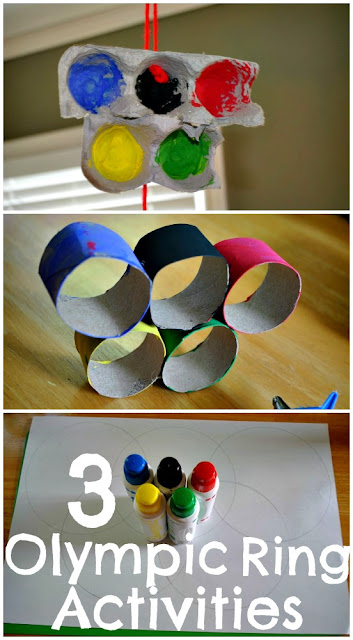 Sweet P made the first two sets with paint and recycled materials. 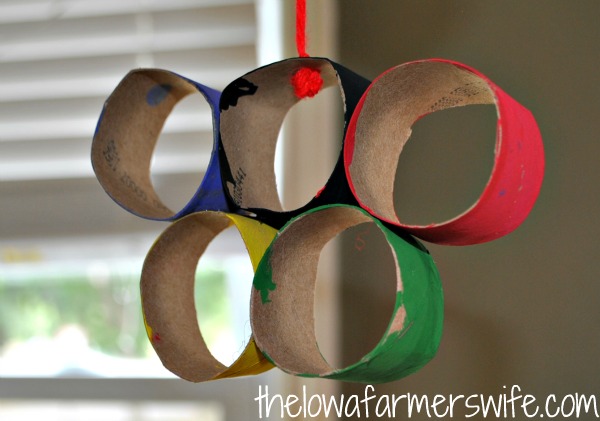 
Sweet P painted the outsides of the rings (in hindsight, we probably should've done the insides, too!) and I glued the rings together with a glue gun. 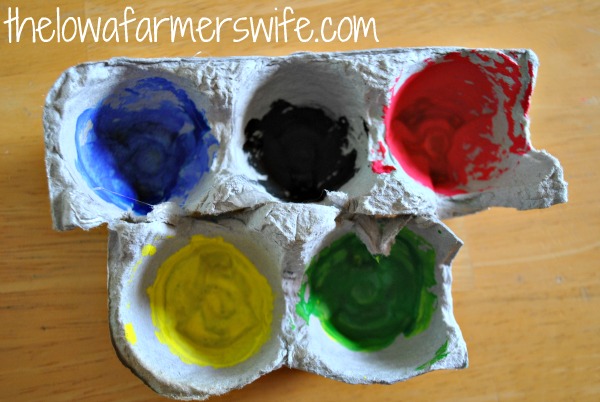 To hang TP Rings and Egg Carton Rings: Punch a hole in the top and string yarn through the hole. Hang to display.

Sprout LOVES the Olympic Rings mobile we have hanging in our kitchen! 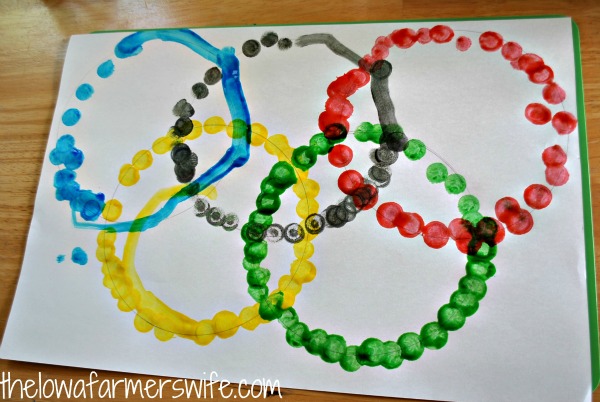 Do-A-Dot Rings:
I traced the rings onto the paper in pencil and explained the activity to Sweet P. I again showed her the picture of the Olympic rings and she dotted the rings in the colored order. On some of them, she decided to trace the ring instead of dot along the line, which turned out pretty neat! I wasn't sure if she'd be able to tell the difference in the rings since they overlap, but she did it without a problem.

Are you ready for the Olympics? We are! In fact, we're pairing up with several other fabulous bloggers in a series called: Visit these introduction posts by Rainy Day Mum and Angelique Felix for more information on how YOU can participate!

How are you celebrating the Olympics?