It's Week 4 (already?!) of the MeMeTales Readathon and this week's theme is Imaaaaagination! Read more in this post on how to participate if you don't already!


The free ebooks this week include Night Boy, Doors in the Air and There's a Dinosaur in the Park (which is the book we used for our activity).


Quick side: When I was in college I watched Sponge Bob Squarepants (yep, in college) and there's an episode where he and Patrick receive a TV in a box. They throw the TV away and play with the box all day. Squidward doesn't understand why they threw out the TV and when he asks why Spongebob responds, "We don't need a television, as long as we have our...imaaaaagination (and forms a rainbow with his hands)". And what a statement that is!


Since that episode, I have a hard time saying the word imagination without using that tone. And like Patrick and Spongebob, we had an awesome time playing with a box this week! 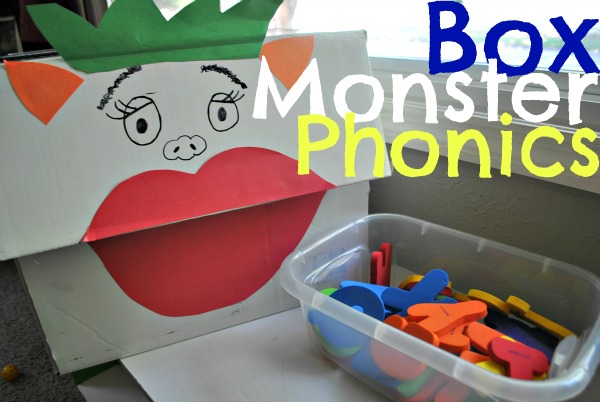 I knew I wanted to create a box monster for the kids after seeing the idea on Inner Child Fun's 10 Boredom Busters post, so when we read There's a Dinosaur in the Park I decided we'd make one!

I grabbed a glue stick, construction paper and a black felt tip marker. Sweet P was eating dinner while I created, but she could have easily made the box monster. She, of course, wanted the monster to be a girl so that is why she has such HUGE lips! We had googly eyes on it until Sprout pulled one off and I decided to get rid of the choking hazards!

We started out feeding the box monster dry pasta and pretzels. She was still hungry so some toys got thrown in as well. After a while, we turned it into a phonics game. 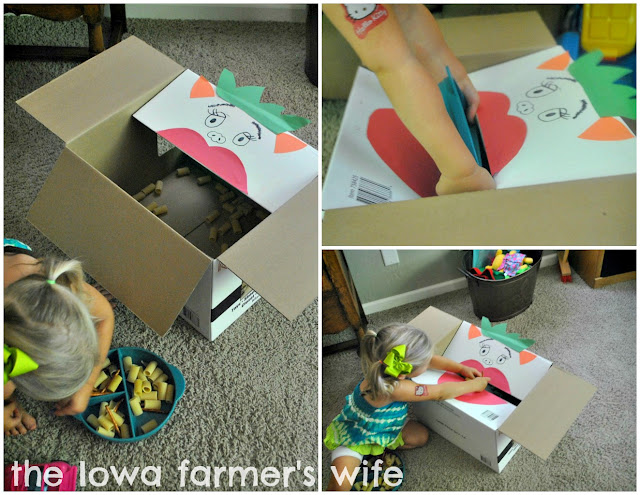 For the game we used a set of foam numbers and letters. I'd pretend to be the box monster and say, "I'm STILL hungry! I'm hungry for a Rutabaga! Rutabaga starts with???" And Sweet P'd yell, "R!" and jump to find the letter R.

For the numbers, I'd say "I'm hungry for 5 dates! Can you find the number 5?" And she'd toss in the number 5. This went on until the monster'd eaten ALL the letters and numbers! Then, Sweet P decided to get in the box! 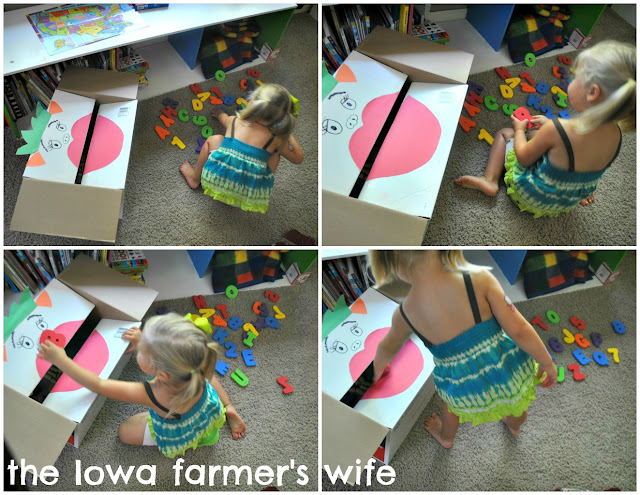 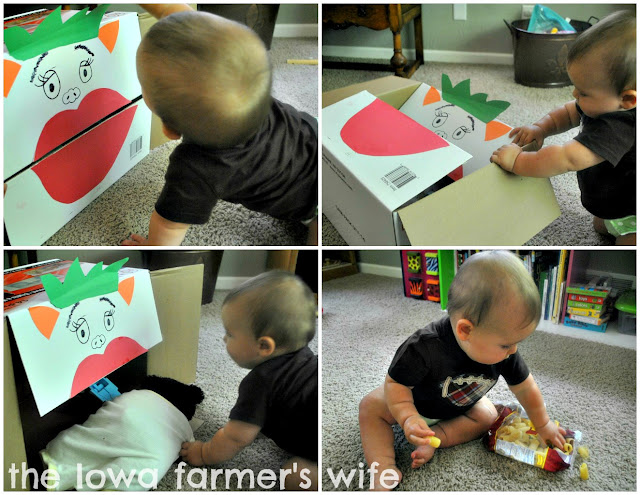