I saw this Rudolph on Pinterest and KNEW I had to make something similar for Sweet P. As you know, I.LOVE.Felt. LOVE it! But enough about that! This was super easy (took about 5 minutes) and Sweet P was too cute when we played with it! I added the pompons later for a variation. 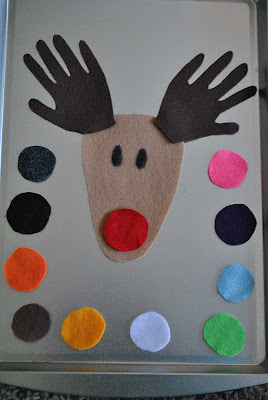 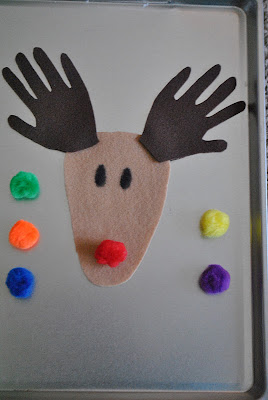 This is how we played, but there is also a Rudolph, Rudolph rhyme you can use as well.

We laid out Rudolph's head and antlers, but I kept the circles in my hand. 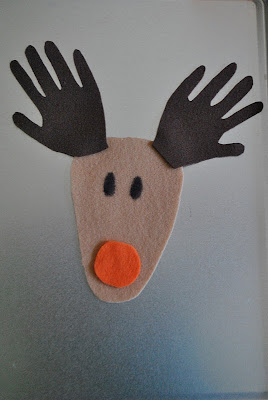 Me: What color IS Rudolph's nose?
Sweet P thought for a second, then sang: Rudolph the RED-nosed reindeer!!!!! (and I handed her the red nose to place on his face)

So fun and such a great way for her to talk about colors.

Use pompons for a variation.


I'm linking up to these parties.
Posted by The Iowa Farmer's Wife