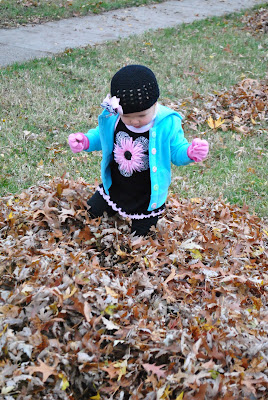 We were out of the house a lot and had a friend over one afternoon so our activities were here and there (and all around the square...yep, it's started) this week. I tried some new things with her that I've seen on other Tot School blogs. And we even attempted a craft (and by "we" I mean "me"). Photos may be lacking for the next few weeks as my Nikon headed to the shop on Friday. Thank goodness its still under warranty!
Her vocabulary has continued to explode this week. Here are a few of her new words:
birthmark (random, I know, but I have one on my arm she thought was an "owie")
marker
hair tie
Hannah (a friend)
Lily (another friend, sounds like Wiwee or Biwee)
sticker
hashbrowns
oatmeal
broken (after she tore the head off of a foam finger puppet)
Bita (you'll meet her soon)
up above (as in Twinkle Twinkle Little Star)
more (now she yells and signs it!)
Mary (as in Jesus' mother)
up
help
pizza! (she's her mama's daughter for sure)
and her new animal sound is "gobble, gobble" for turkey. Appropriate for this week, right?
I know some of those are pretty random, but those are ones we encounter a lot during the day!
Sorting straws: I saw this several times last week and decided we'd try it out. I started with it in a large cup with a lid, but that cup is also our bathtub cup so I moved it into a water bottle that has a spout with a small hole. She likes this activity for awhile, then wants you to dump all the straws out on the floor for her. Her friend Lily liked this one, too 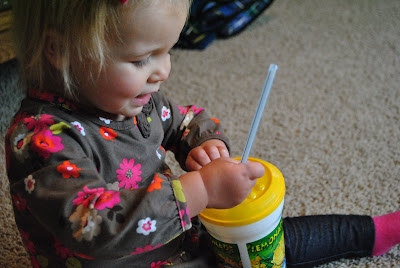 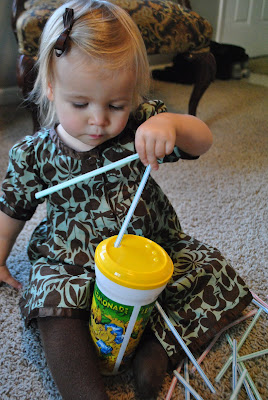 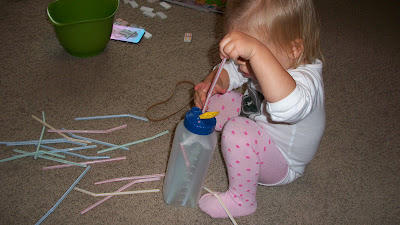 Dominos: Seriously, how cool is this picture?! No, she didn't set them up, but she did knock them down! 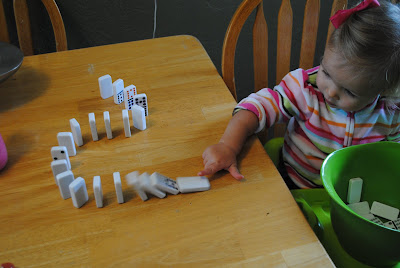 Timber Tumble: This is actually generic Jenga. I forgot we had it until I was moving games out of the basement (since its under construction) and thought she'd have some fun with it. She won't stack, but she LOVES to Godzilla anything you stack! Notice the rogue piece in motion! 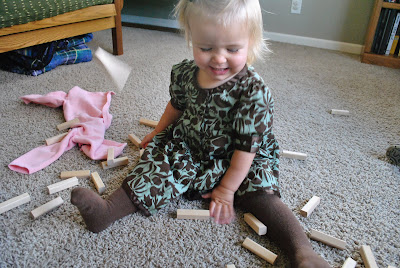 Sensory bucket: The sensory bucket stayed the same this week and got dumped out time and time again. I finally put everything up on Friday and we'll start a Christmas bucket when we get back from our trip after Thanksgiving. 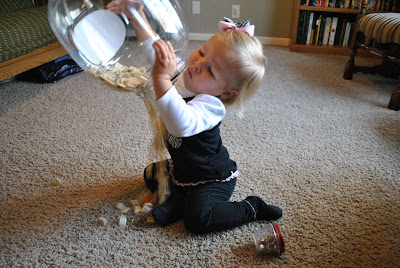 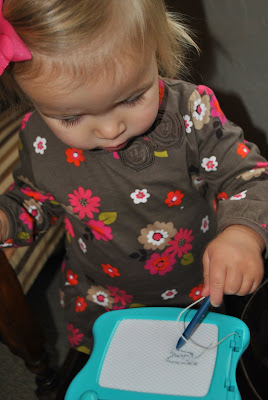 Stickers: Suddenly a favorite. She figured out they were in an envelope of schooling resources and now yells "Ticka!" and points at the envelope. So we'll be playing with these more often.
Matching puzzles from COAH: These are still somewhat of a challenge for her, but if she can get them in the right hands, she's got it down! 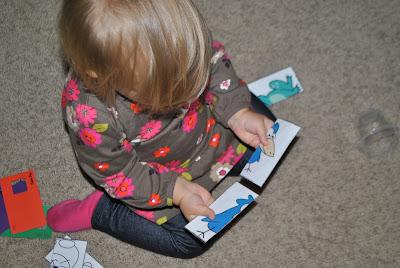 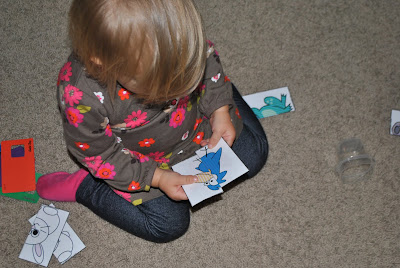 Turkey craft: We (err I) made a turkey this week out of a finished bottle of Trader Joe's sparkling water. I'm slightly addicted and it made me happy to see that I'd found at least one craft I could make to reuse the bottles. This was incredibly difficult to do with Sweet P, but she loved the finished product. I created the turkey from scratch. Used the top of a funnel to draw circles and freehanded the rest of the cut out shapes. I'll post the rest of the materials in another post. 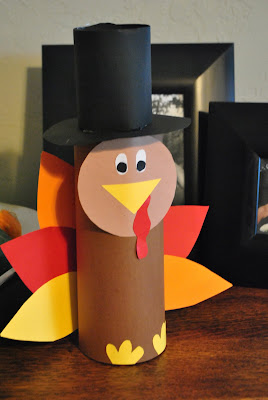 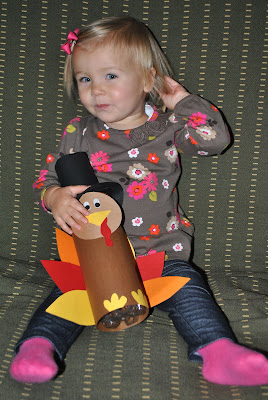 Books:
Fisher Price My Little People Farm Lift-the-Flap book (can you tell we love these books?). This one teaches numbers, shapes and colors as you lift the flap. 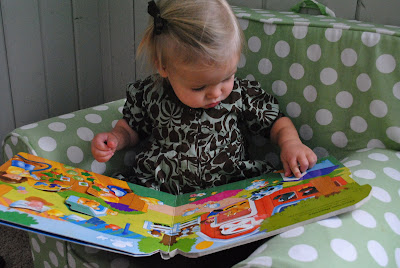 The Little Drummer Boy by David Mead. It plays a song when you push the button. We hear this song A LOT, but I really don't mind the tune. And it tells the story of the birth of Jesus through the eyes of the drummer boy. 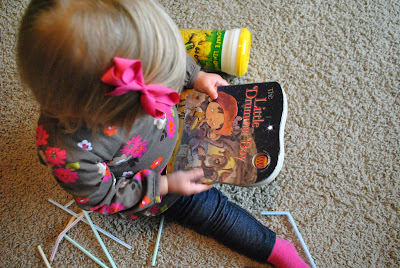 Her new favorite activity: Walking around with her eyes closed (and falling). 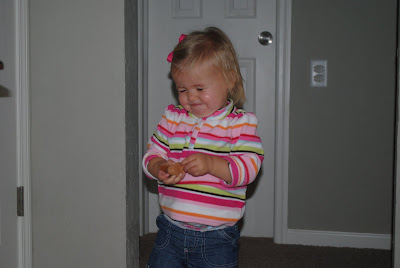 Dancing and clapping to our new favorite song by Florence and the Machine: Dog Days are Over and thinking she was a big girl for getting to sit with the computer in front of her. 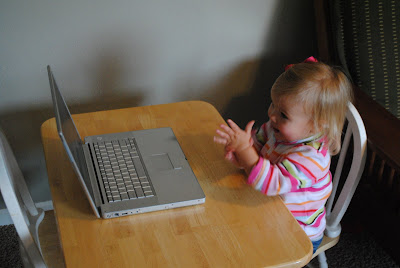 That was our week. How was yours?
Posted by The Iowa Farmer's Wife