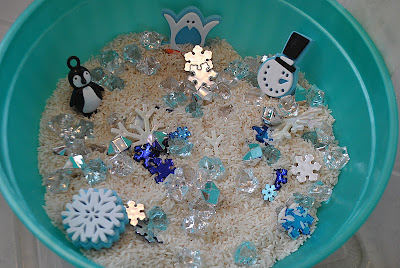 I haven't used rice in a sensory bin before so I decided we'd try it out last week. I put white rice in a large bowl along with several other winter-ish items and placed the bowl in a large tub (container). I also placed a spinach container from the recycling bin in there as well so she could transfer. The large tub/container contained the mess pretty well and caught the majority of the rice if she spilled while transferring. 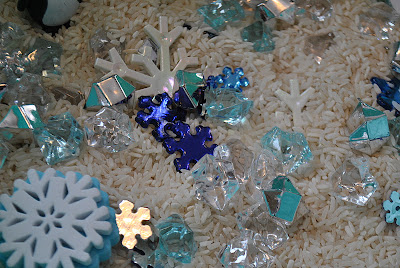 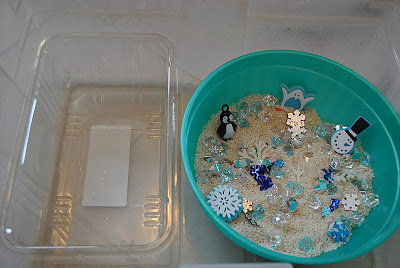 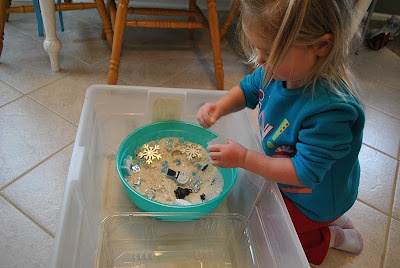 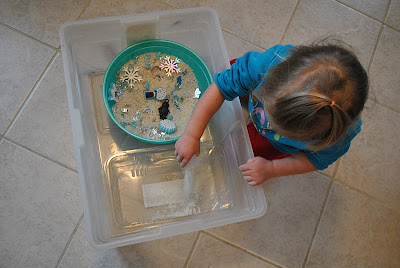