I have a confession: I despise Playdoh.

But guess what? Sweet P does. So I set off to find a recipe for homemade play dough, which I now realize is a whole lot more awesome than the other stuff.

First of all, it makes a ton and unless you want to open 5 packages of playdoh or mix all the colors together, you won't get this much from a canister.

I used recipes for white play dough from The Imagination Tree and NurtureStore and had to adapt it a bit because it wasn't holding together. I added more and more cornstarch and it finally began to resemble dough. Color can easily be added, but I wanted it to resemble snow so we kept it white and added glitter. Here's how our recipe turned out.

Combine dry ingredients minus 1 cup cornstarch, then add oil. Stir in boiling water and stir until it forms goopy substance. Let sit for a few minutes, then slowly add the additional cup of cornstarch until the dough begins to form. Add more cornstarch if necessary. 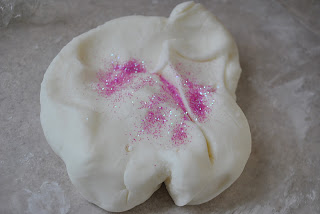 I added pink glitter for fun and tried to add almond extract, but it didn't smell.

We had SO much fun with and keep having more fun! The Farmer couldn't get over how awesome it was. It is so smooth and while does get under your nails just like the other stuff, it is just so much better!

There are so many things to do with play dough! We used:
Here are a few of the things Sweet P has done so far: 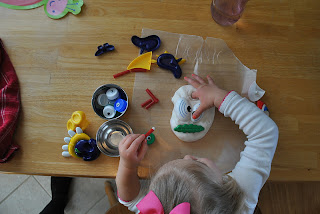 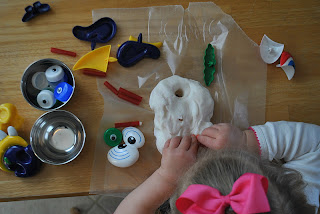 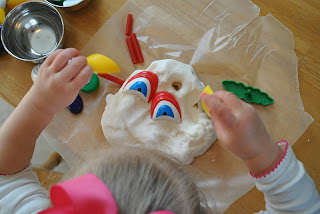 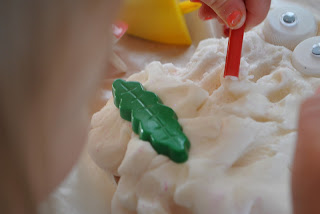 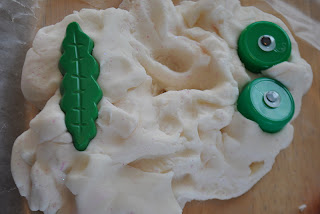 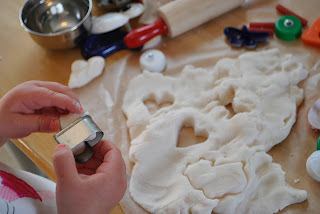 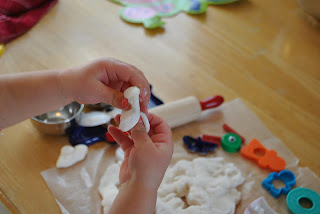 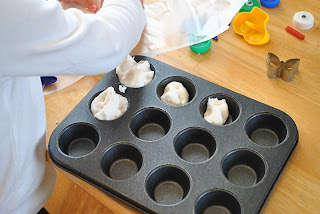 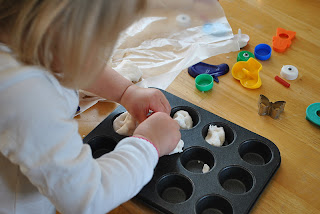 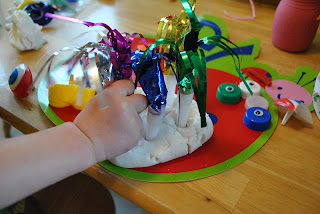 Putting "candles" on a birthday cake 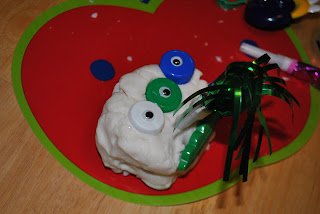